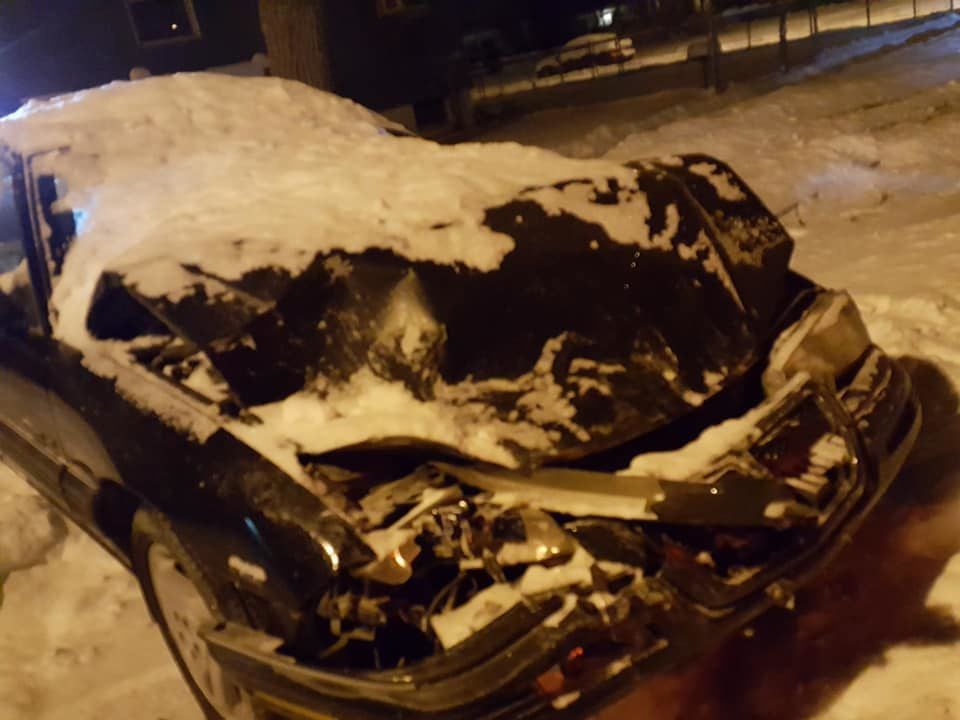 Cari's black car from the front side after the hit and run incident. The crash took place late Thursday evening, closer to midnight. Photo by Liz Schwartz, Cari Todd

A screenshot of the post, describing the hit and run crash in as much detail as possible.

GREAT FALLS - A woman is looking for answers after someone crashed into her parked car late Thursday night, and wrecking it in the process.

Cari Todd, the car’s owner, said she plans to scrap it for parts because the crash left her car totaled beyond repair.

Cari was minding her own business at home, when she'd suddenly heard a loud noise outside, around midnight. She didn't give it much attention at first, until went to her kitchen to grab a drink.

The suspect hit her black car from behind, shoving the trunk into the back seat. If that wasn't enough, the resulting crash was so powerful, it pushed the car into her Honda, with dents on the car's front side and the Honda's rear to show for it.

"[I’m] still kind of in a state of 'I don't believe that this happened,’" said Cari.

After meeting with police soon after, she noticed what looked like tire tracks in the snow over the sidewalk,  which narrowly missed her fence by roughly a foot.

"I mean, exactly how it happened is weird, but he must've been really moving when he did it,” she said.

On Friday morning, her friend made a post about the incident on her behalf. Since then, it's been shared over 200 times, in the hopes that someone out there has more information on the matter.

"You know people have been really good about passing along and you know trying to come up with ideas and looking for me,” said Cari. “So that's really nice, I do appreciate that very much." >

There isn't much information for now, but based on the damage, Cari said it was most likely a pickup truck that caused the crash. If you have any information, you're encouraged to call the Great Falls Police Department at (406) 727-7688.

Police seek information on an altercation at Bridger Bowl

Bozeman Business Boom: an airport taking off to booming success

Investigation continues into cause of Irish Times fire