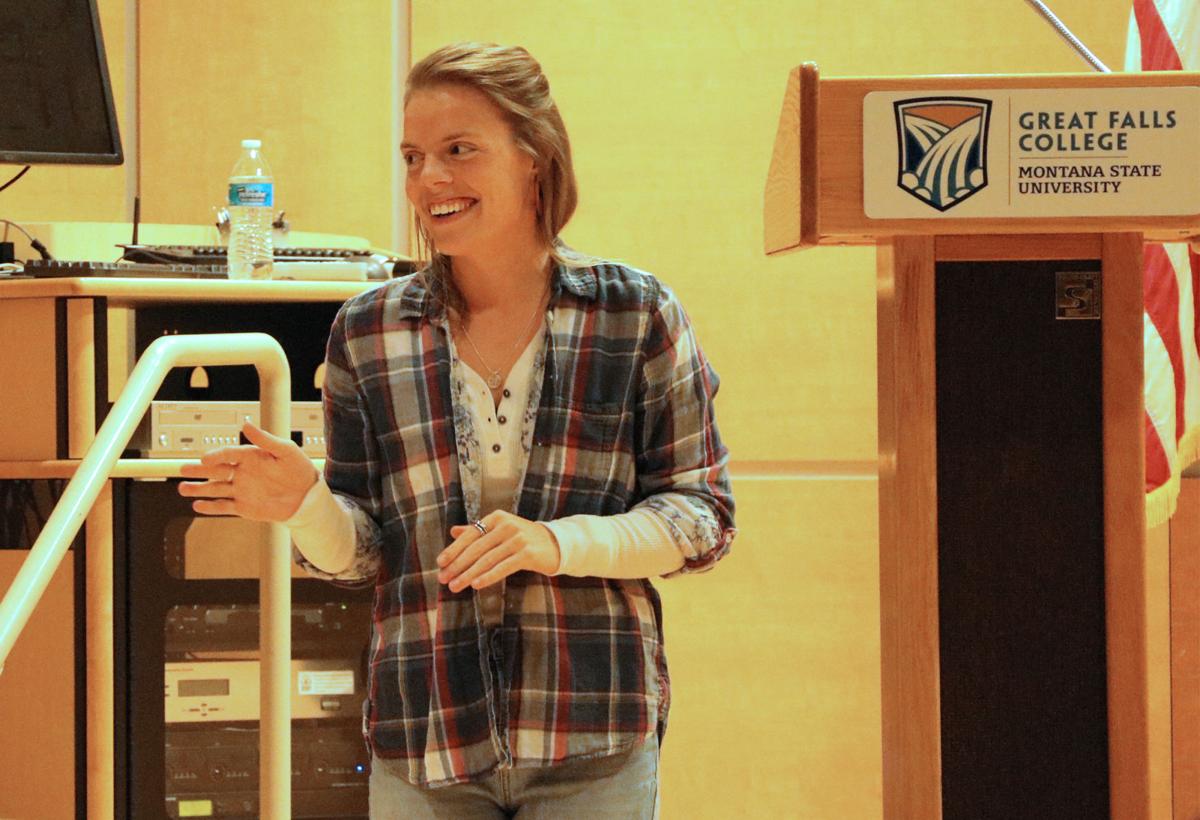 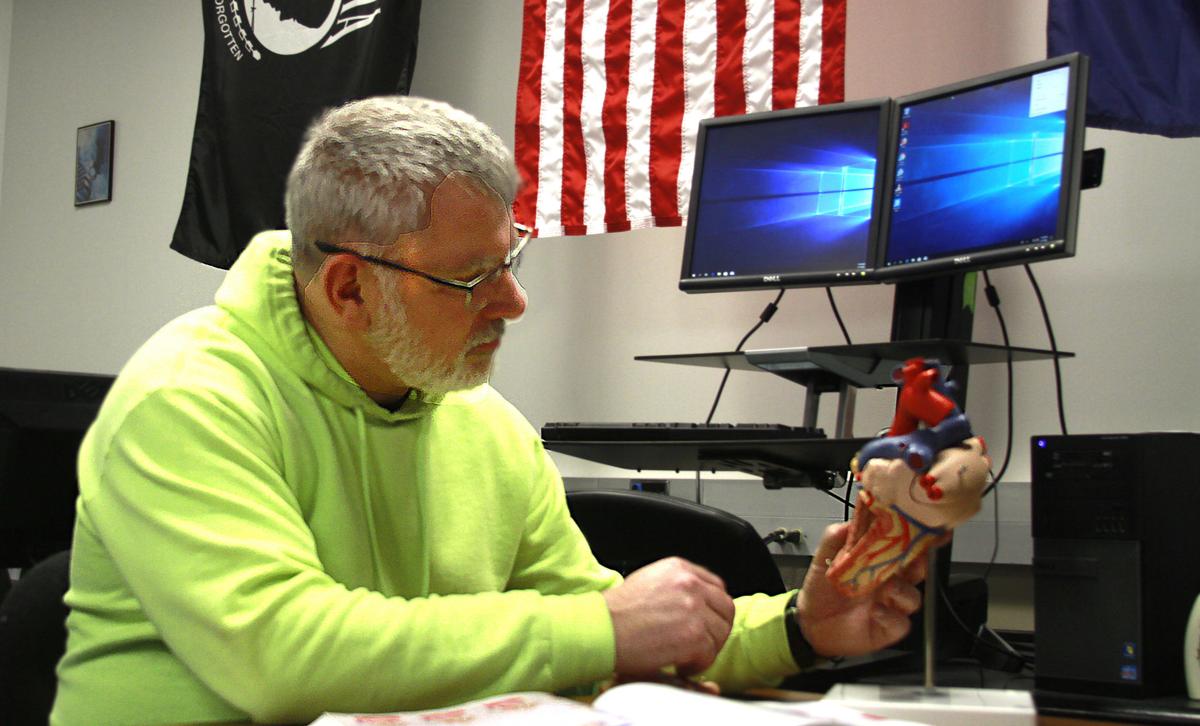 He is rummaging through the locker at the Veterans Center on the campus of Great Falls College MSU and bringing out arm and leg models the Vets Center has available for students taking health science classes.

He is wearing a broad grin as he lets the bad puns fly.

“Dad jokes,” he says in his Scottish accent while shaking his head. “I got more of them.”

Truth is, the Veterans Center and Great Falls College are offering a hand up to military-connected students and just received news that the school has once again been designated a Military Friendly School by the organization Military Friendly.

“The Veterans Center is just a fantastic opportunity,” said Morrison, who retired from the U.S. Air Force while at Malmstrom Air Force Base after 24 years of service. “It gives you the opportunity to form study groups, and the center has rooms where you can have three or four people in a private room, instead of in an open room or big lecture hall, to study together.”

The anatomy models are also a huge help because veterans don’t have to share them with as many people, and they are always available.

He said when classes get hard, he can grab the people he has bonded with in the Veterans Center and “pull them into one of the small rooms. Sometimes you can help them through something, and then a lot of the time, it’s them helping me. Or you can ask, ‘That problem we had on such and such page, how did you get that answer?’ It’s an enormous blessing,” he said.

Morrison is taking his pre-requisite courses in preparation to go into the physical therapy assistant program.

When he was separating from the Air Force, he took some personality tests to see what fields he might be most interested in studying.

Physical therapy kept popping up at or near the top of the list.

At first, as someone who had been working as a construction engineer in the REDHORSE Squadron, he said he was dubious. Then he became intrigued and found out Great Falls College MSU offers a physical therapy assistant program.

He said it has been pretty smooth sailing at Great Falls College because the school has been really good about transferring the credits he took while in the Air Force.

“Some of them don’t translate because construction and PTA, you can’t really pour concrete into bodies,” he said with a laugh. “Stuff like that doesn’t really transfer over, but the stuff that did translate, they applied it to my associates.”

Morrison said that in addition to saving money because so many of his credits transfer, he is extremely happy with how inexpensive the school is.

“It’s much cheaper compared to what I’ve paid in the past,” he said.

Therese Holm, who just separated from the U.S. Air Force this past summer, found the support system at the Veterans Center incredibly helpful.

She is taking pre-requisites before enrolling in nursing school.

“The Vets Center has been phenomenal for my studying, my academics and my mental health, too,” she said.

She said her sister separated from the military at the same time and is going to a school on the East Coast.

“We often discuss our support for veterans, and she has none,” Holm said. “I am constantly showing her the models, the books I get, the assistance I get, my study rooms. All of that stuff has significantly assisted me with my grades.”

Like Morrison, she said she has formed study groups through the Veterans Center, and she leans on it for emotional support.

“There is social support,” she said. “You are moving all of the time, and many people in the Vets Center are dependents of active-duty spouse, so you are constantly moving. We all get that, even if we’re not in that active-duty lifestyle. It’s nice to have other people to talk to, who understand. Your average 18-year-old student who still lives with their parents might not understand what it means to go to school when you are all stressed out, raising your kids, supporting your active-duty military spouse, and then having to study and all of the logistics around that.”

Unlike Morrison, who is married with a child, Holm doesn’t have a spouse or child, but she said knows “what it feels like to constantly rebuild your social support.”

Holm also said that Great Falls College has been great about making sure that she is able to maximize her benefits.

She said that Victoria Bull, a financial aid specialist who works specifically with military-connected students, is great about that.

“She’ll give you phone numbers (of people to call) if you are having trouble, or she will offer to sit there with you when you call, so she’s very helpful. There are a lot of logistics with your schedule to ensure you maximize your benefits, and she knows that. If I didn’t have all of the vets at the Vets Center to talk to about all of my stuff -- and Victoria -- it would be way more frustrating.”

The school had to pass a rigorous set of criteria to earn the designation.

“Institutions earning the Military Friendly School designation were evaluated using both public data sources and responses from a proprietary survey completed by the school,” Military Friendly Schools said in a release. “Student survey data was also taken into consideration for the designation. More than 1,000 schools participated in the 2020-2021 survey, with 625 schools earning the designation.”