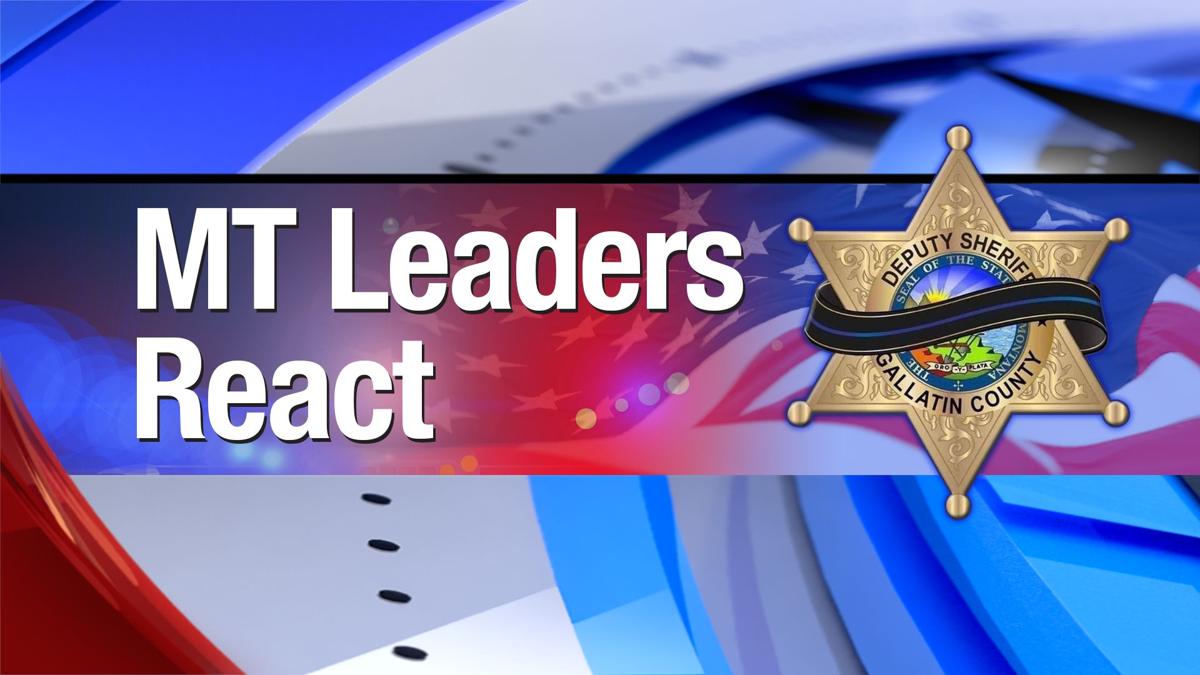 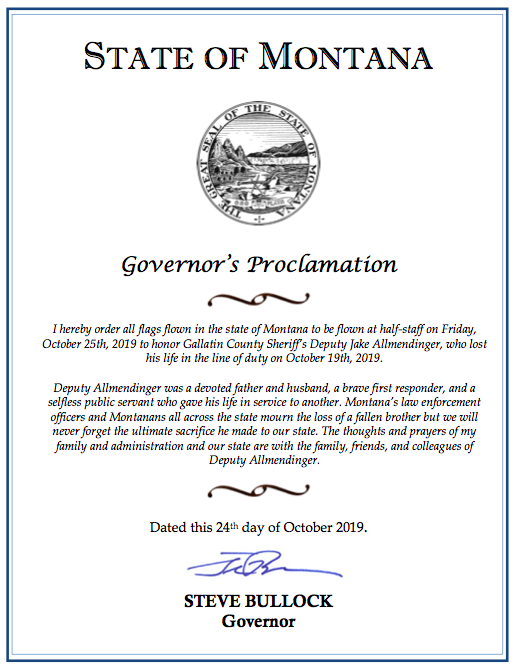 BOZEMAN- The Montana congressional delegation is reacting to the loss of Gallatin County Sheriff's Deputy Jake Allmendinger who died in the line of duty over the weekend.

Deputy Jake Allmendinger died Saturday while responding to an incident on a steep, icy road.

U.S. Senator Jon Tester said in a statement to Wake Up Montana,

"Sharla and I are deeply saddened by this tragedy, which proves the dangers our law enforcement officers face every day as they work tirelessly to keep Montanans safe. Our hearts are with Deputy Allmendinger's family, friends, and the entire Gallatin County Sheriff's Office." - U.S. Senator Jon Tester.

U.S. Senator Steve Daines said in a statement to Wake Up Montana,

“Cindy and I express our deepest condolences to the family of Sheriff Deputy Jake Allmendinger, who tragically died in an accident while on duty over the weekend. As Montanans, we are forever indebted to his service. May his tremendous sacrifice never be forgotten.”- U.S. Senator Steve Daines.

"Susan and I are praying for Deputy Allmendinger's wife, three children, parents, and the Gallatin County Sheriff's Office. We also pray for our law enforcement officials throughout Montana who put their lives on the line everyday."

BOZEMAN- Funeral arrangements are currently in the process of being arranged for fallen Gallatin County Sheriff's Deputy Jake Allmendinger.