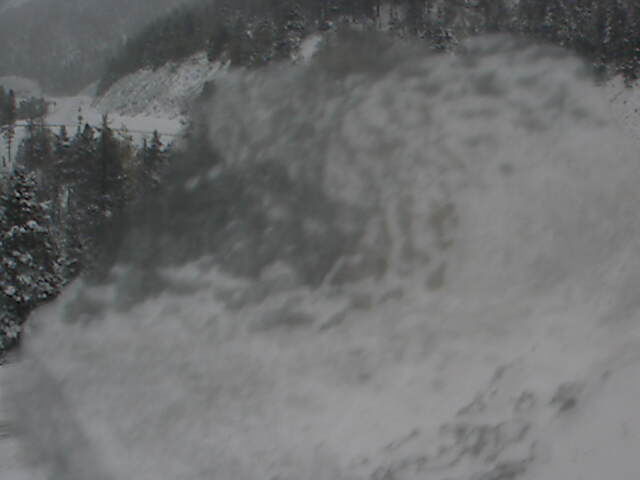 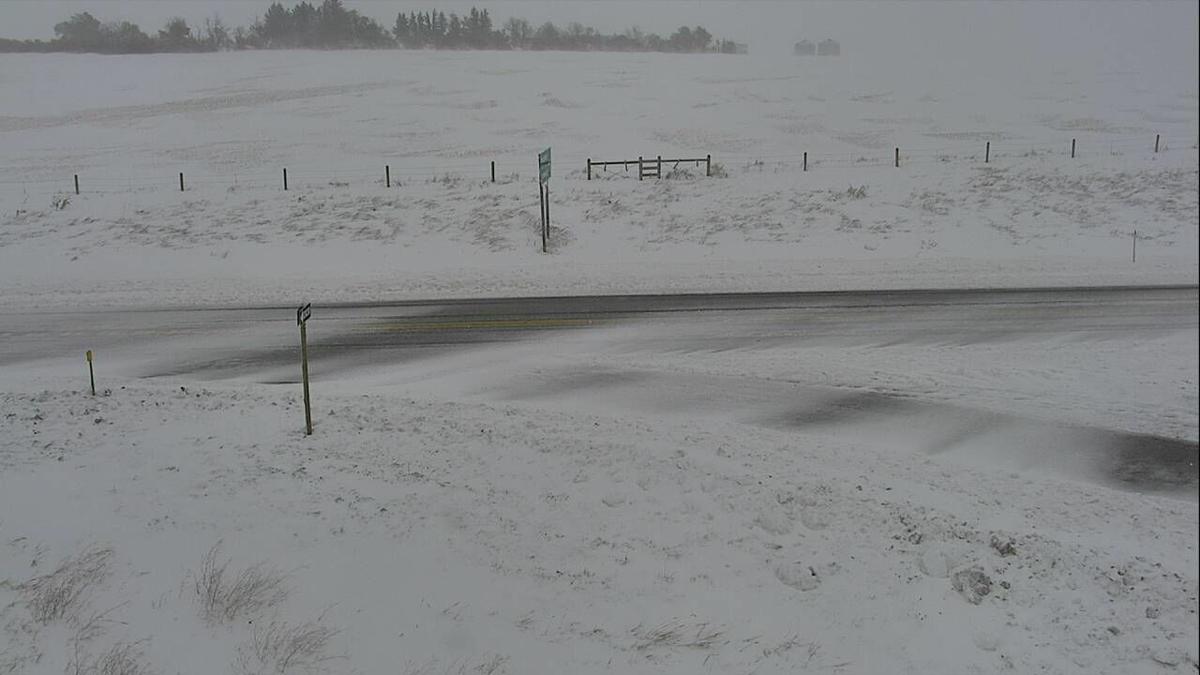 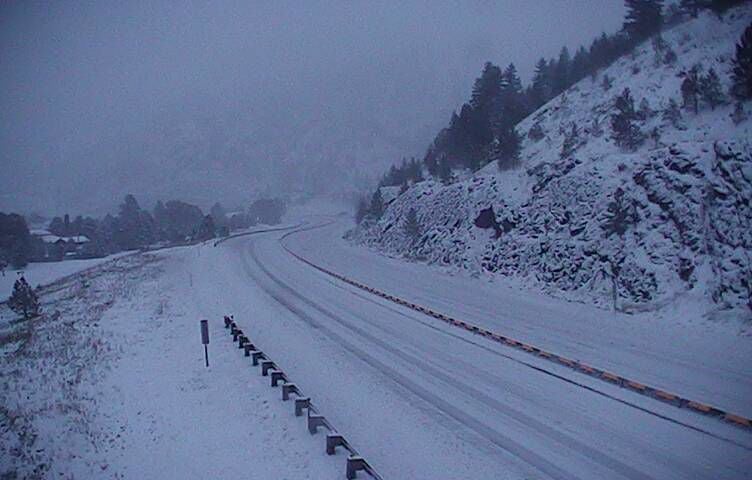 Day two of the snow storm that's covering much of Montana continues to bring trouble for travelers.

Several cars sliding off the road around Butte

The Department of Justice's incident report is showing many cars that have crashed or slid off the road around Butte.

11:59 am: A roll-over crash is reported on Montana highway 1 by mile marker 13, Northwest of Anaconda. There is a reported injury but the severity of the injury is unknown.

Montana Department of Transportation is calling for all vehicles going through Rogers Pass to have chains on their tires. A semi was spun out on the pass yesterday, blocking the Westbound lane at mile marker 91.

Highway 213 north of Cut Bank closed to the Canadian line

12:50 pm: Department of Transportation sent an email saying the road between Cut Bank and the Canadian line is closed. MDT’s Travel info shows the road has reduced visibility.

12:52 pm: US- 89 is closed over the Hudson Bay Drive to St. Mary because of reduced visibility.

Multiple traffic hazards on I-15

7:00 am - MDT is reporting a semi has spun out on I-15 near Cascade.  Both of the northbound lanes are blocked and traffic is being re-routed. We're told a tow truck is en route.  There is no report of injuries with this accident.

8:16 am: A jackknifed semi is reported to be blocking the Teton rest area entrance on I-15 near mile marker 319 in what appears to be the Northbound lane according to the DOJ Incident report. Montana Highway Patrol is heading out to the incident.

10:34 am: A slide off is reported near mile marker 315 in the Southbound lane. The Montana Road Report is showing the road is covered in snow and ice, including reduced visibility.

Severe driving conditions are around Augusta for low reduced visibility and snow. Busses for school are not running but Augusta schools will be open.

10:25 am: DOJ’s road report is saying there is single lane traffic by Golden Ridge near Augusta because of heavy snow drifting in the area.

4:00 pm: Reports of cars sliding off of Highway 200 and an incident is listed for poor visibility by mile marker 124. Speeds are reduced in the area and the road is marked as wet/scattered wet.

10:25 am: An injury crash is reported on US-287 at mile marker 15. Roads in the area are listed as wet/scattered wet on MDT’s Travel info.

The Montana Department of Transportation has provided a road conditions report sent this afternoon: 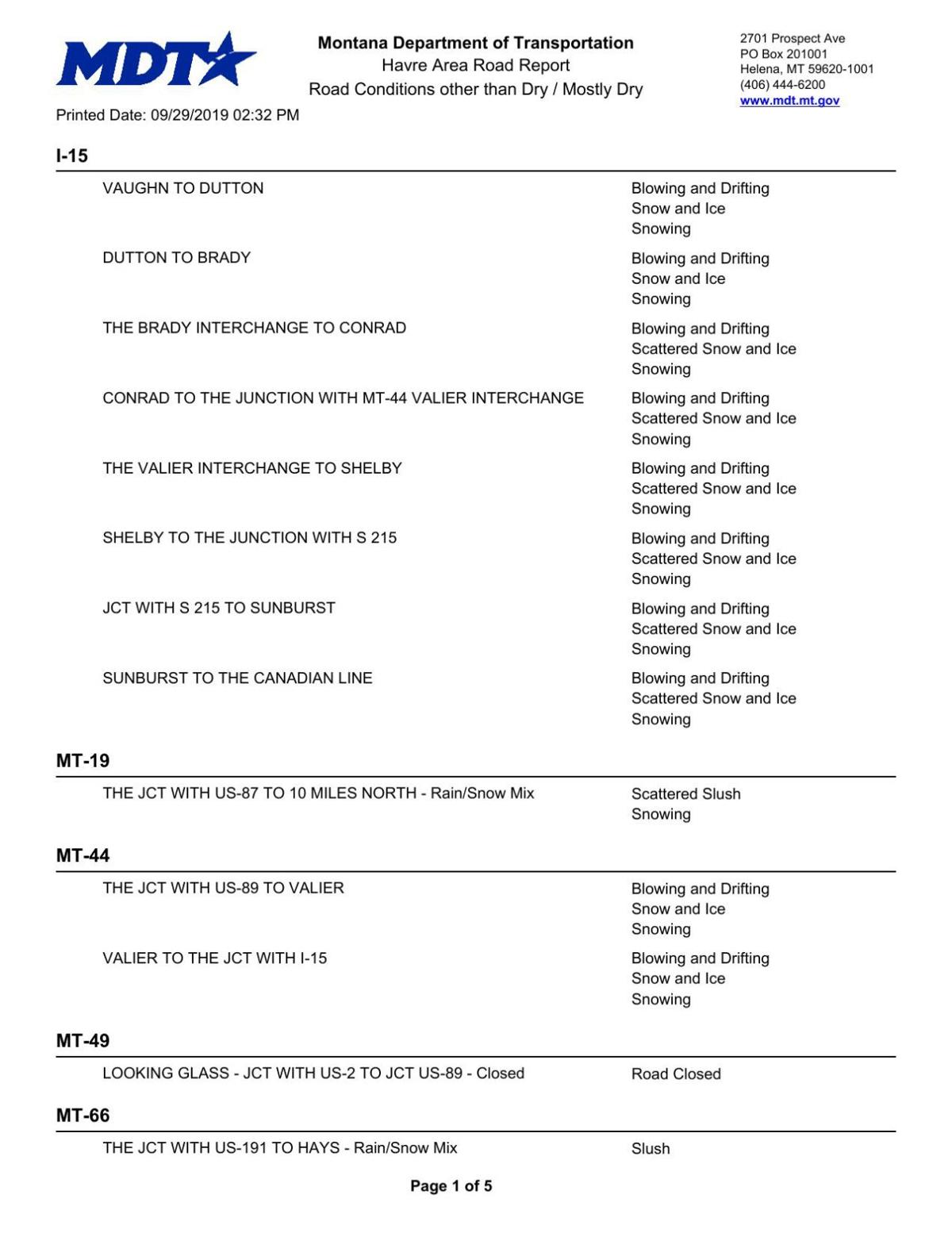 ATHOL, Idaho - Winter storms have forced Silverwood Theme Park to close for its last weekend of the 2019 season.

Several cars sliding off the road all over the state

For days we've been preparing for this historical storm.  Now that it's here we're tracking …

"It wasn't just a bar:" Businesses left to pick up the pieces after Uptown Butte fire

"Waiting for the day that never comes is over!" Little Shell Tribe celebrates federal recognition after years of struggle

Montana health officials keeping an eye out for the Coronavirus