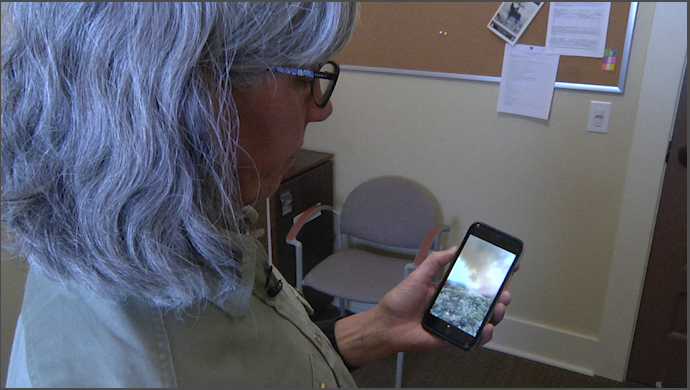 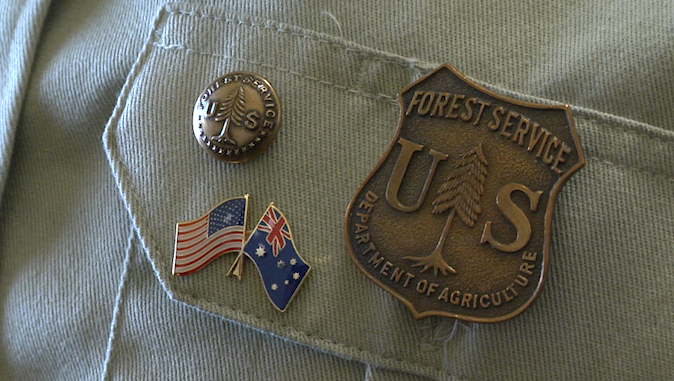 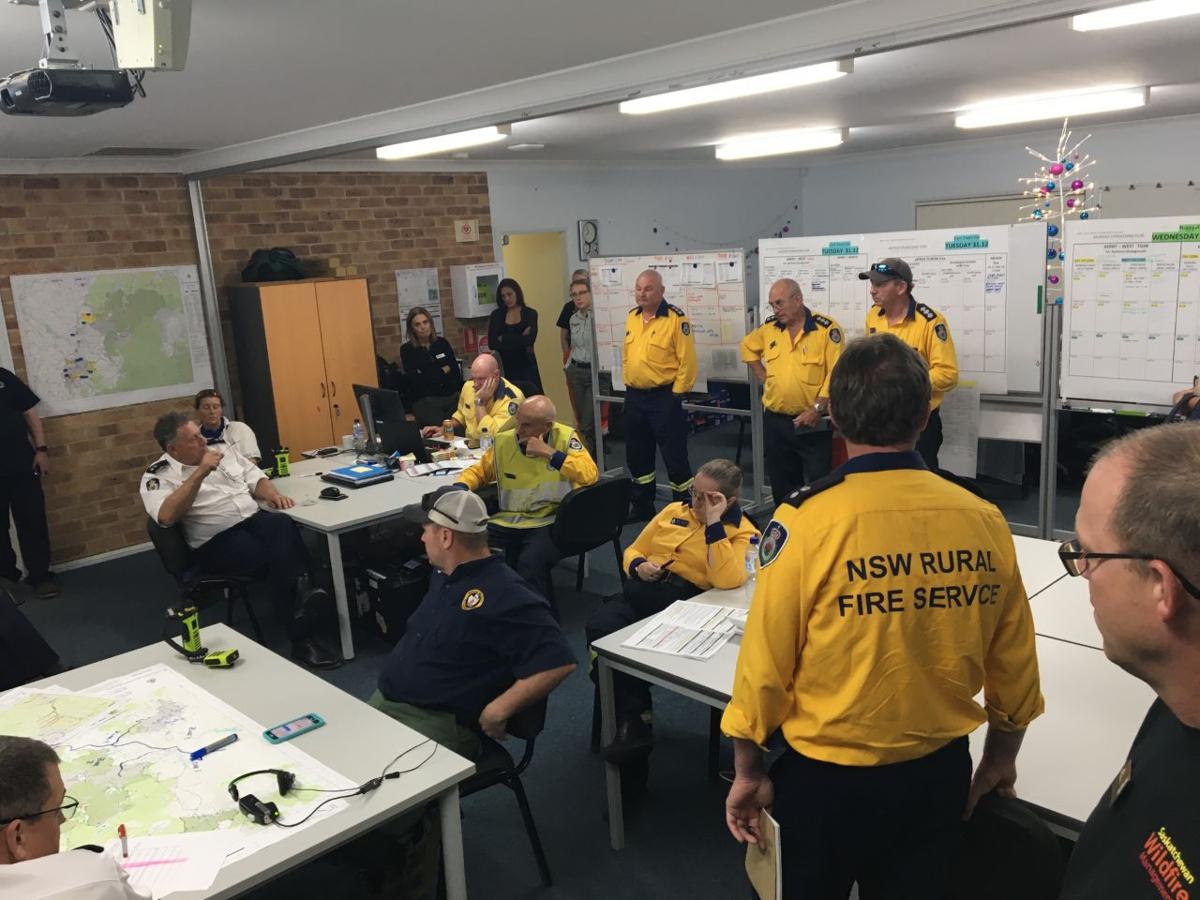 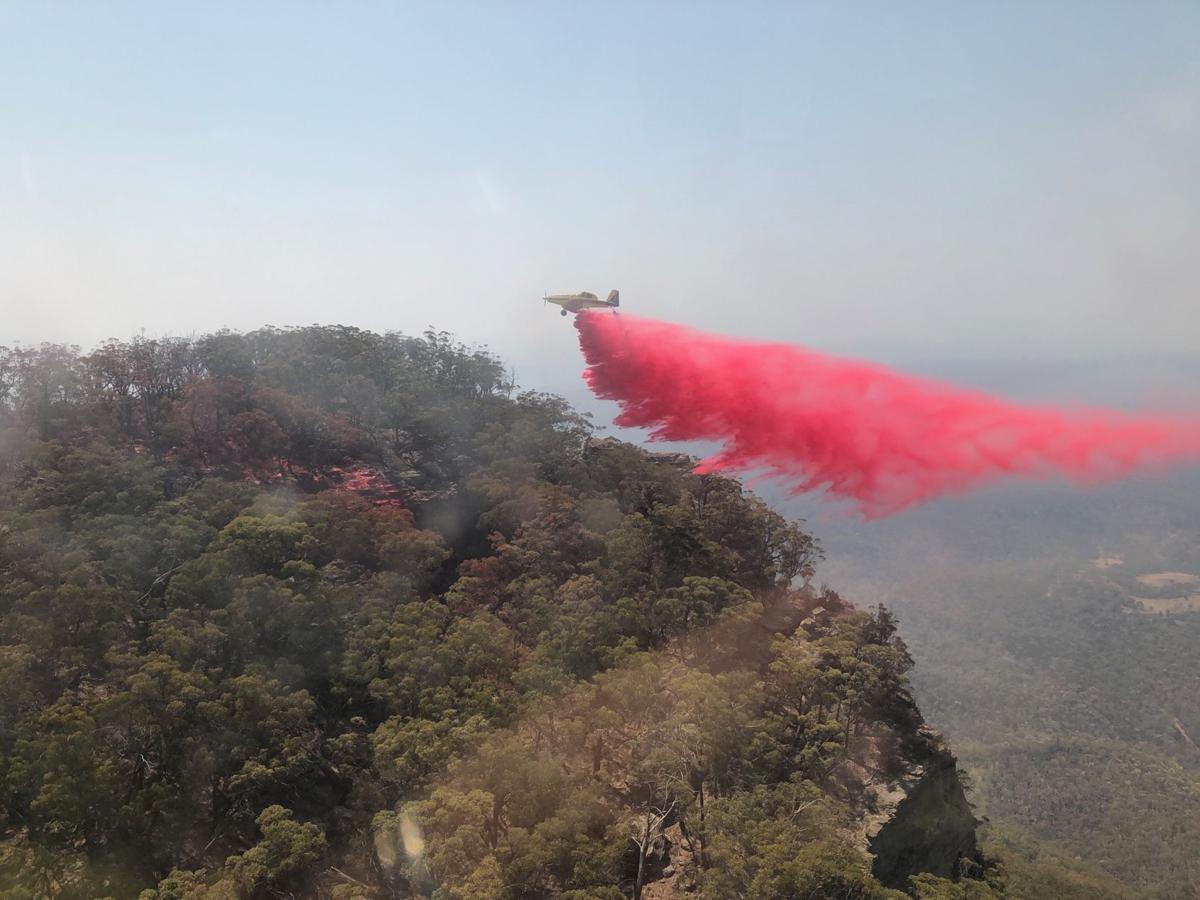 MISSOULA - A Montana firefighter with nearly 40 years of experience under her belt, said the fires devastating Australia are truly the worst she has seen, and instead of running away she went straight into them.
It was Dec. 3 when Julie Shea, U.S. Forest Service Northern Region, got the call to pack her things and prepare to be sent to Australia on Dec. 5 to use her expertise to combat the fires burning across the country.
Shea was excited, ready to do whatever she could to help figure out the best way to fight the flames down under. Shea was one of eighteen firefighters in the first group sent to Australia from the United States.
"We went in kinda under the cover of darkness so to speak, we didn't have the grand entrance into the country like the new groups of firefighters," Shea said.
The first 18 sent to Australia were called to assess what they could, it wasn't until the fire progressed that Australia was forced to call for reinforcement.
This trip to Australia for fire work was not Shea's first rodeo, she had been sent there before in 2007 to help with firefighting efforts, but Shea said this fire was just different.
"We flew into Sydney and it was socked in with smoke, the smell of the smoke, I did not leave the smell of smoke until I got home. I mean you barely had one kilometer of visibility the whole time," Shea said.
Shea said even the locals, who are used to wildfires, had never experienced a fire at this scale.
"What the locals will tell you is 'we think the whole bush is gonna go up this year in new south wales' and it's kind of well on its way doing that," Shea said.
Julie and her small team were embedded in Mudgee and fulfilled the roles of management and overhead staff. Shea specifically worked on the strategic planning side, figuring out how to use the people and resources that they had to fight the fires in the smartest way they could. Shea said her team would work about 15 hours a day for nearly 38 days straight.
"We just wanted to be there, to help them in anyway, in any hole they needed us to fill, and I think we have been very successful," Shea said.
All of Australia's firefighters are volunteer and even the ones from the United States put their name into a hat to be chosen to fight the fires. But, you can see the tole fighting this fire has taken on them. A lot of volunteer firefighters have missed weeks of work as they continue to suppress as many flames as they can.
Shea said it's amazing to see the amount of people who are volunteering, just because it is a part of their culture. However, they are truly wiped out and it just continues to get harder.
As efforts pressed on, Shea's team had to learn to adapt and figure out how to fight a wildfire in a different country. They faced periods of frustration and anger as they learned the lay of the land and the different plants in Australia. Shea said watching the fire move through the eucalyptus trees was incredible. It was like the forest was a tinder box. Some days they had to let the fire rage and come to them before they could start dousing it with water. Other days they had to purposefully burn parts of the land the fire was rushing to just to get ahead of it.
"We just can't do things like we normally do, and that was really hard for the field... they're used to being right up against the fire line doing something," Shea said.
A typical fire assignment lasts about two weeks, but after working tirelessly for 38 days, Shea was relieved and sent back to the United States. Shea said she is happy to be home, still a little jet-lagged, and even missing the excitement of fighting a historical fire.
Shea said she is extremely honored to have been able to work on this kind of assignment and represent the U.S., and even more fortunate to have been able to do it twice.
Now as Shea settles back into her routine, she anticipates a very well-deserved retirement in March 2020.

Montana firefighters use expertise to help suppress flames in Australia

MISSOULA - As the wildfires rage on in Australia, some of the Treasure State's very own fire…

How to avoid scams in wake of a disaster

MISSOULA – In wake of the devastation that has swept through Australia, a number of organizations have set up fundraisers looking for donations.

'Leadership Great Falls' fights for hunger and homelessness in the community

"All of a sudden we had a fire in my house:" A look inside the Polson house fires