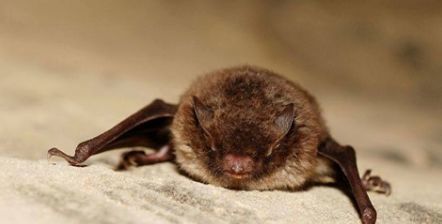 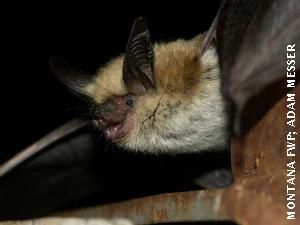 ST. MARY - Glacier Park says a resident is undergoing a series of rabies vaccinations after they were scratched by a rabid bat in the St. Mary area.

The park says it's the first known case of a rabid bat in Glacier this year.

Staff want to remind visitors that if you come into physical contact with a bat or a skunk, it's important to safely capture the animal so it can be tested for rabies. People who may have been exposed to rabies should undergo preventative vaccinations, because there is no known cure for rabies once it's contracted.

Do not feed or handle wild animals, especially bats, even if they are dead. Tell kids to find an adult if they see or find a bat.

Wildlife biologists say there's no reason to be unduly afraid of bats, because less than one percent of bats have rabies, and they are vital to maintaining ecosystems and reducing mosquitoes. But it's smart to stay a healthy distance away from wild animals.

From the Glacier press release:

West Glacier, MT – Last Thursday, Glacier County Health Department confirmed that a bat that scratched a park resident in the St. Mary area was rabid. The person is currently undergoing a series of rabies vaccinations. This was the first known case of a rabid bat in Glacier National Park this year.

Typically, rabies does not cause large outbreaks in bat colonies and tends to be limited to a small number of individuals. Less than one percent of bats have rabies.

If a bat or skunk has had human contact, it’s vital to safely capture the animal and submit it for rabies testing. Without testing, it is impossible to tell if the animal is carrying rabies, and the exposed person should undergo a preventative series of rabies vaccinations for humans. There is no cure for rabies once a human contracts it.

People can take additional precautions by properly screening homes and seasonal cabins. Historic buildings with gaps, outbuildings, and other structures that are routinely left open are particularly susceptible to bats.

“Rabies is not something that most people think about on a regular basis,” said Glacier National Park Superintendent Jeff Mow. “However, if you come into physical contact with a bat, it’s important to know that there are resources available to you and testing procedures you must follow to protect your health and that of your family.”

While bats do pose a small rabies risk in humans, they also play an important role in area ecosystems, eating a number of nighttime insects, including agricultural pests.

Living sustainably alongside bats can often be accomplished with the right tools and timing of mitigation measures. Most of the bat roosts in the St. Mary park area are maternity roosts and due to time of year, pups still cannot fly. Therefore, the park will seal any indoor roost spaces it discovers after bats have left in September.

This is a vulnerable population at a sensitive time of year. Little brown bats have been significantly impacted by white-nose syndrome in other parts of the country. Since bats typically only have one pup per year, survival of that pup is important for sustaining the population. White-nose syndrome is not yet in Montana, but it continues to spread across the country.

Public health and human safety is always the priority. The park also strives to protect the health of bats.

Taking responsible measures to exclude bats from buildings whenever possible, and seeking testing and/or treatment following an exposure are important steps to take when living alongside this species. Bat exclusion is an ongoing task in park buildings, many of which are older and are vacant for a significant portion of the year.

In order to test a bat or a skunk for rabies the brain/head must be intact and must be refrigerated until sent for testing (do not freeze).

KALISPELL - A bat that had human contact tested positive for rabies this week, according to …

Community meeting held for proposed updates to the Montana ExpoPark

Public invited to comment on plan for Missoula's Redfern Park